When I first heard of The Perpetual Funnel System I was just beginning my carrer in Online Marketing. That week I had  just finished David Woods Traffic Transformation Bootcamp and was struggling a bit to learn this new skill of writing articles and at the same time trying to figure out how to build my Blog.

Summit II. Before then I had seen his face here and there but was more annoyed then I was captivated. But on the last day of the Summit they brought him out to be the final speaker. I was tired after listening to speaker after speaker for 3 days straight but when I heard David Wood tell his story and how he was getting the results he was, I new in spite of the fact that I thought he was kinda weird and creepy that he had exactly what I was looking for and what I had attended that meeting to get.

Thats when I entered The Perpetual Funnel System

That very week unawares to me I entered The Perpetual Funnel System. I was so intrigued by the valuable information I had received from David Wood that immediately I subscribed to everything David Wood had to offer. Of course in my head I was getting valuable information that I needed to grow my new internet empire which I did get. But what I wasn’t aware of was that I was in the mist of the most effective efficient sales process Network Marketing had ever seen. This was the same process that in the previous 12 month enabled one man to become the top recruiter in the Largest Attraction Marketing System on the planet as well as in his primary Network marketing company that mainly consisted of professional internet marketers. The Perpetual Funnel System was not some rehashed, cookie cutter, deja vu nightmare full of scary sales clowns trying to trick you into jumping through hoops into a ring of fire. It was the brightest path I had ever been down in internet marketing land and every step made me want to keep going forward.

The Perpetual Funnel System was not an invention, but a natural creation of the human spirit.

What makes The Perpetual Funnel System so unique and effective is that it was not birthed by rational thinking or superior sales theory. The Perpetual Funnel System is a product of the subconsciense mind of a man that had been immersed in the the network marketing experience practically since birth. If you ever tried to learn a new language you know that the best way to learn is by being around some that was born and raised speaking and living in the culture were that language originated from. Well in Network Marketing David Wood is that someone. No other industry teacher or trainer I have ever heard has had a clearer understanding and vision of what works to get real lasting results and why it works so well.

When I finally heard of the perpetual funnel system I had already been halfway through it. David Wood had been sending me messages on a regular basis that always made me eager to receive the next one. So the news came while I was 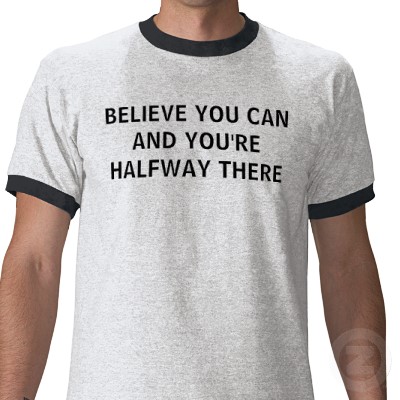 preparing to go back to work full time, that David Wood had finally discovered how to explain what he had been doing for the last 2 years that made him the most successful Network Marketing Recruiter in the history of the universe. As I watched his Video about The Perpetual Funnel System I began to realize that it was exactly what I had been going through that made me want to join David Wood in every way I could. This information had never been shared before and it was very obvious that it worked. He only had room for 25 students and he sent the invitation to over 50,000 people. I hesitated at first thinking that because I was just getting started that maybe I wasn’t ready for this information and because I had already purchased enough training to keep me busy for at least a year. But I could not deny that what he was doing and was about to teach me was the most effective and efficient way to build an online network marketing empire than had ever been done before. Just as I finally decided to discover the secrets of The Perpetual Funnel System to my surprise the Class had reached it’s maximum capacity and the buy button had been taken down. Buy now I was able to make the decision that my future was valuable enough to me to invest the time and money it takes to learn this process called The Perpetual Funnel System. The Next Day I got another message from David Wood telling me there is room for a few more people to learn the secrets to creating a lasting residual income using the internet to market their business. So I decided I should go find the buy button very quickly before it disappears again.

The Things I learned from The Perpetual Funnel System have made me able to establish a very successful business in the most competitive company and industry I have ever been involved with. Some one once told me that the best place to hide something is right out in the open. If you see success all around you but for some reason you haven’t been able to identify what creates that success and how you can use that knowledge to establish your own internet marketing empire then I would encourage you to enter The Perpetual Funnel System and see for yourself the process that produced the #1 all time recruiter David Wood and the success of all that have embraced it’s blueprint.

P.S.To see a live example check out The Perpetual Funnel System on Facebook.

All the Best I’m simply Blessed : )

Send Me an Email